The advent of FLC Quang Binh Golf Links is believed to contribute to a new face of Vietnam’s central region, particularly, Quang Binh Province. For golfers who plan a trip to this beautiful province where the spectacular Phong Nha-Ke Bang National Park is located, checking in some shots at this golf complex would be really interesting. 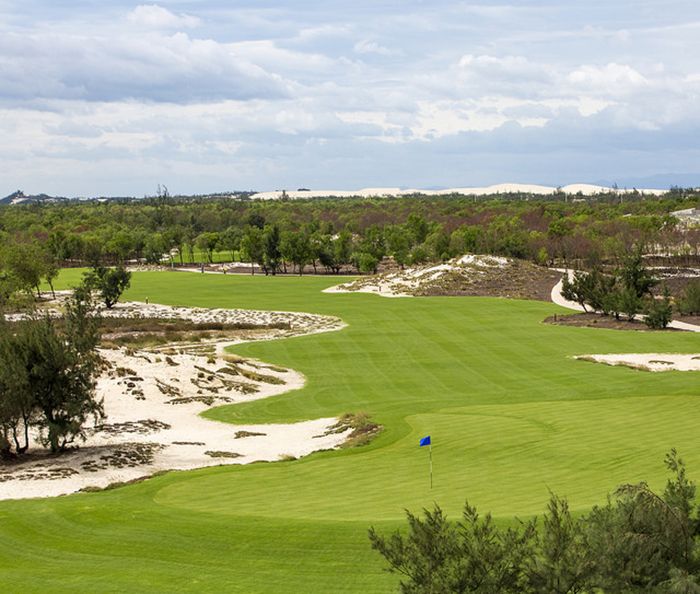 Golf players can travel by airplane, train, or car to the FLC Quang Binh Golf Links. If the point of arrival is Dong Hoi Airport, it’ll be another 25km away (about 30-minute drive) to get to the site.

Quang Binh has inherently been hailed as “The Realm of Caves”. As it is, this project – being established in the central area, inherits the benefits of the whole region. It is promised to be the final piece in a perfect picture of a new Quang Binh, including luxury ecotourism, cave tourism, healthcare tourism, and spiritual tourism. 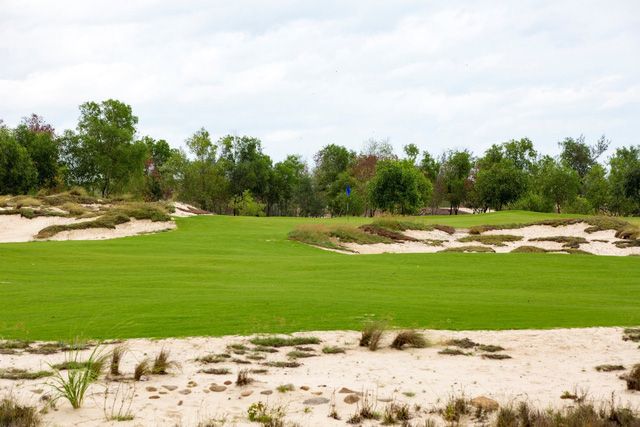 The FLC Quang Binh Golf Links is the FLC group’s largest scale investment plan. The $888.8 million (VND 20 trillion) worth of project designed by the “Architect of the Year” Brian Curley (Schmidt-Curley Design, Inc) – elected by the reputable Golf Inc Magazine. The complex has a total length of nearly 2,000 hectares (7232 yards).

The enormous golf site was executed in December 2017 with 180 actual golf holes. The whole area consists of a complex of 10 golf courses (18 holes/each). However, only certain holes were put into operation since April 2018 (its grand launch ceremony was held on April 15).

On August 26, after a month of running the demo courses, FLC Biscom officially put the first 18 holes of FLC Quang Binh Golf Links into exploitation. As planned, the next two courses of the golf complex are also going to be opened in October 2018, which makes the number of officially employed holes 54 in total. 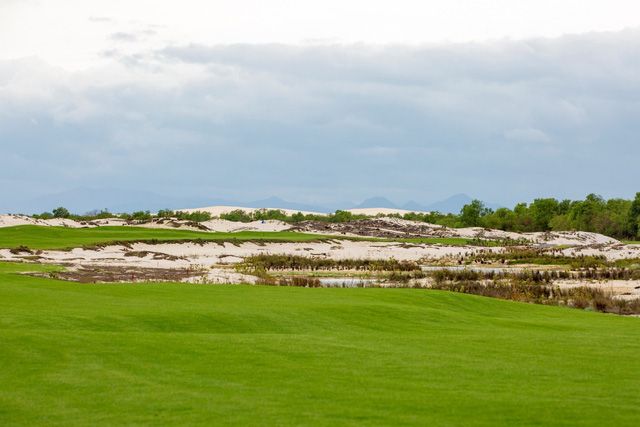 FLC Quang Binh Golf Links can be considered the area’s largest golf complex with 10 linked courses. In which, each course has its own traits but still in accordance with the general style of links courses. Ultimately, its goal is to set challenging holes for all national and international golfers.

Many golfers have been overwhelmed by the poetic, magnificent scenery at the first holes of FLC Quang Binh Golf Links. Specifically, no golfer can come here without sparing a moment to admire the contrast of the typical hard wind, sunshine, rough vegetation cover and the soft Platinum Paspalum green of the course.

FLC Quang Binh Golf Links’ design was inspired essentially by the renowned golf complex in China – the Mission Hills. The course is a harmonious mix that preserves the nature’s essence and originality, together with a full set of Asian scenery’s unique attractions. Golfers of all levels will be able to feel the challenge right from the first to the last “tee-box”.

Brian Curley proved his skill in reading terrain when drawing the course design. As per his print, mountains and forests weren’t removed or leveled. Instead, they are preserved as impeccable as possible, and they keep every other natural trait bearing the mark of time labeled Vietnam’s harshest coastland.

As such, the site was established on semi-desert ground with a direct view of a 6-km coastline, not to mention pines and swamps. Hai Ninh Sea’s distinct terrain is also noticeable with straits and lakes. Green grasses planted on these dunes create the golf hills a lively appearance. In addition to the ancient dunes (which can tower up to 40m) and the rich vegetation, this area gathers ideal conditions to form a unique golf course.

All in all, FLC Quang Binh Golf Links possesses the most favorable spot in the whole place. The golf site is expected to offer golfers worldwide with pleasurable experiences as well as to become the avenue for many golf tournaments – local and international, in the near future. 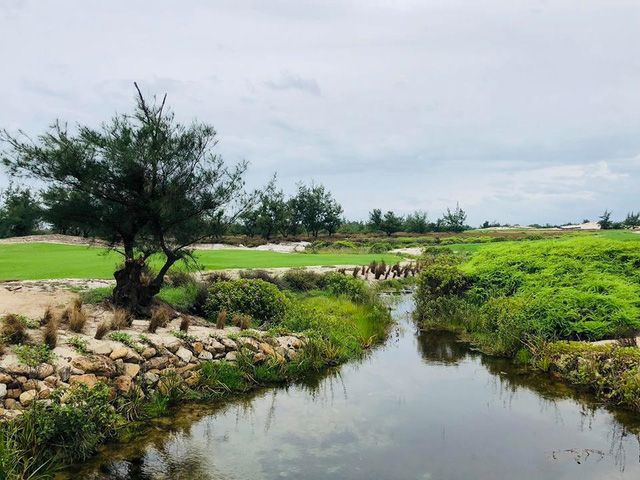 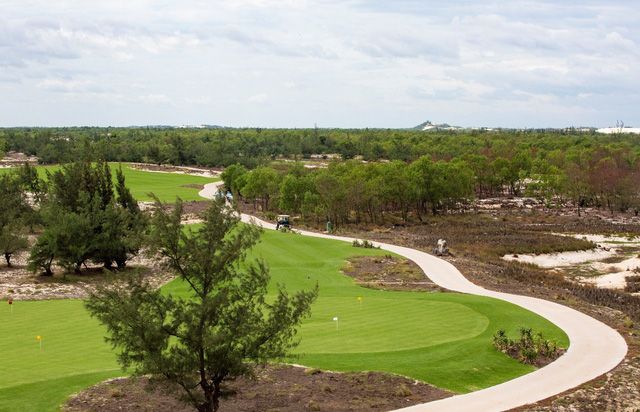 Out of these categories, we would like to give you some information about the biggest concern of most golfers when deciding to spend a night at FLC Quang Binh Beach & Golf Resort – the accommodation. In particular, the resort has the capacity of over 1,000 rooms contributed by the international standard systems of Luxury Hotel, Grand Hotel, and Luxury Resort. Also, there are 1,000 villas and other, 600 standard hotels functioning in the resort complex.

They’re the first 5-star hotels in Quang Binh, Ha Tinh, and Quang Tri Province. So, every golfer can expect a comfortable stay for the night (or the whole holiday) here. 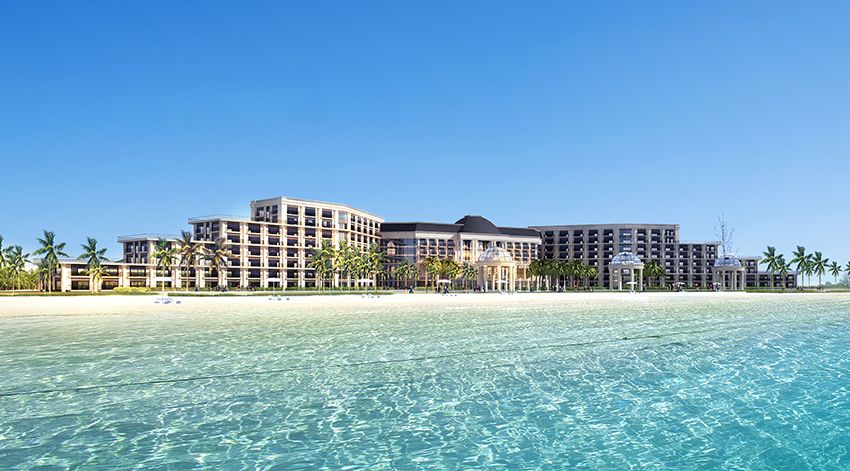 Other golf courses of FLC Group