The views of Stone Valley Golf Resort‘s unique design will definitely promote a trying but fun round to bring visitors back for more. The site is highly expected to become the favorite destination for professional golf players, international investors and businessmen working in Ha Nam. At the same time, the project contributes to tourism products, high-end recreation centers for both domestic and foreign visitors.

Stone Valley Golf Resort is located near Hanoi – the capital of Vietnam. It’s about 65 km away and to the South of Hanoi. The complex possesses the favorable location at the Tam Chuc tourist area in Ba Sao town, on Nguyen Du Street, Kim Bang District, Ha Nam Province. 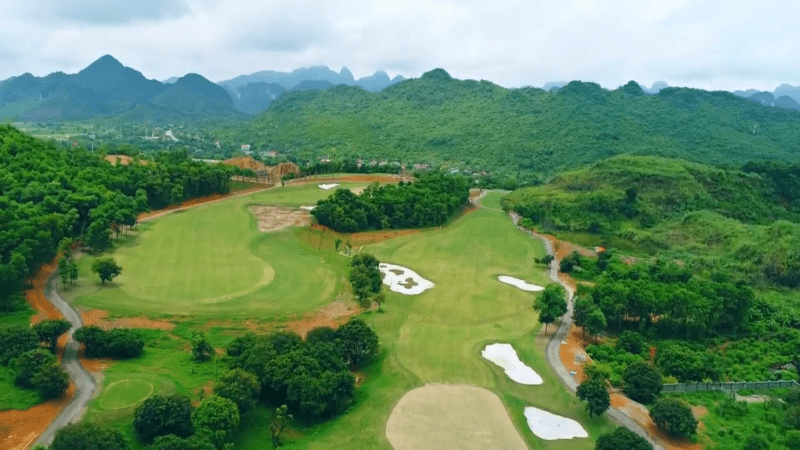 The site spreads for nearly 200 hectares in a region famous for river tours. These poetic tours weave through scenic valleys between magnificent, vegetated mountains. Also, a side note for golf lovers who happen to be fans of movies, including King Kong (2017), this place is often chosen to feature films.

The construction of Stone Valley Golf Resort was started on December 24, 2016, on a total area of 198,24 hectares. Stone Valley Golf Resort is the first 36-hole course in Ha Nam Province, invested by Golf Truong An joint-stock company with the scale of investment of over 1,000 billion VND. A “soft opening” ceremony for the golf course was held on early of August 2018 by its developer – the Golf Truong An Company.

Stone Valley Golf Resort is the creation of one of the most renowned golf course designers – Brian Curley, who obtained the nickname of “Designer with Golden Hands” for modeling 150 golf sites worldwide, including the series of 10 titanic Mission Hills courses.

As it is, Stone Valley Golf Resort is a huge complex consisting of a golf site at its core and other auxiliary works. The whole project development is divided into two main phases:

Being a very new golf site, Stone Valley Golf Resort’s descriptions are based on Curley’s credible statements. As per his comment, the course offers “dramatic elevation change; however, great care was taken so as to create a walkable golf course.”

The site’s outline varied from decent moved and designed soil to very hard material that produced much-desired stone needed for streams and walls. In addition to TifEagle greens, back tees, fairways, and tees of the par-72, 7280-yards course are covered by Celebration Bermuda grass.

The par-3, 15th has very prominent green contouring with a conquerable kick-slope at the back, directing balls to the pin.

Hole 16th begins with an intense drop shot and is near the clubhouse. To its right laid a fall-away green that has a strong back slope to contain shots.

The first 18 holes are divided into two equal sections: the front and the back (nine for each). The front nine plays through gentler patches of valley floor terrain. Meanwhile, the other nine in the back features more intense elevation change. 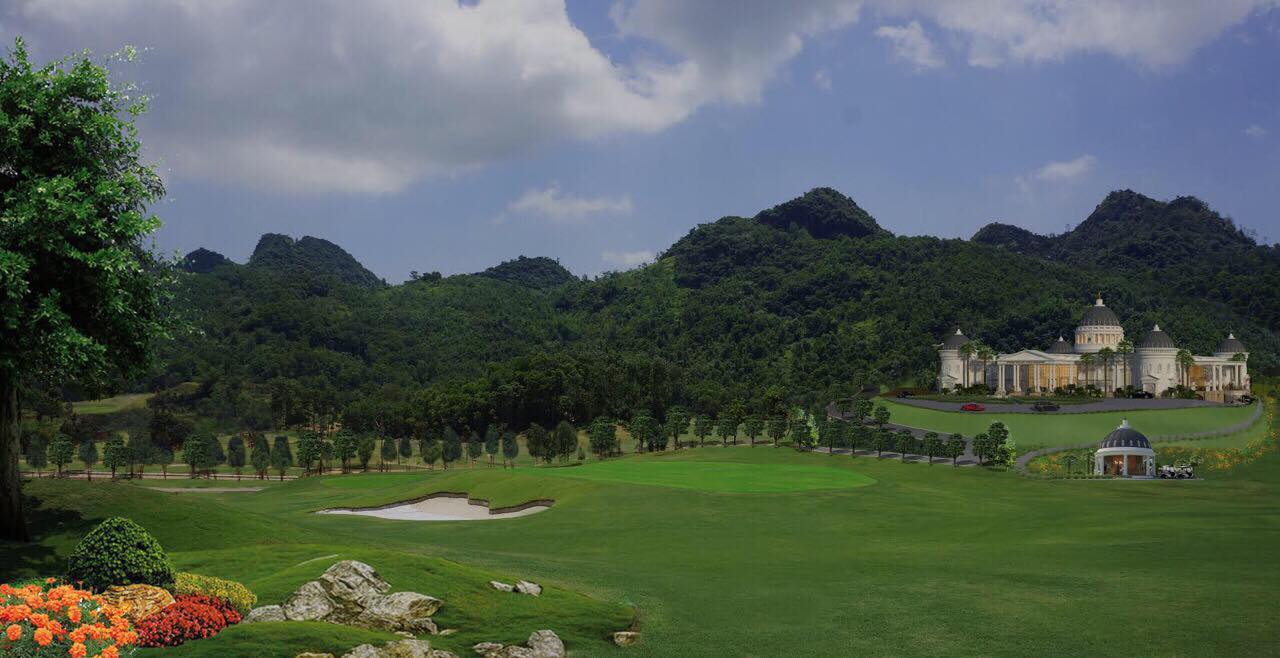 Specifically, the front nine features – according to Curley – expansive low-flow of streams and wide lakes systems. Some holes even present exposed rocky fields particularly like those integrated into the courses at Mission Hills Haikou – which are lava-based. Holes 6th, 7th, and 8th best exploit these rocky areas to shape a risk-reward play.

This is particularly proved true at the drivable, par-four 7th hole. Here, a vast field of rock will play the role of setting up a speed slot fairway, which directs the golf ball to the green. Speaking of which, this green even features “an impressive, 1.5-metre drop to a back, bowled-out lobe.”

In his speech, Curley confessed that the back nine “was a bit more difficult to create.” An example of such difficulty is the short par-four 14th hole that needed the moving of two major ridges to make a landing spot and green site.

The greens feature certain dramatic shaping, including ridges and kick-slopes, together with strong feeder slopes, bowls, and backstops – though always with pretty flat pintable places.

The bunkering is large. So, in order to reduce the amount of sand required and the entailed maintenance, Curley’s group often included vegetated islands in these sandy regions. The bunkers feature a sand line, not overly extreme or abrupt, but what he called “a clean, irregular-edged natural appearance.” Most bunkers contain “transitional edges to the native environment.”

The site constructs to a crescendo, with the four final holes playing “from the highest elevations possessing views across the mountains and valleys.”

The design playbook focuses on the turf’s width. The turfs are generally in fairway cut. The width is used to set up in such an angle so that golfers can attack on different holes. Though the dirt moved was prominent, the resulting terrain is truly relaxed with a great effort to avoid manufactured-looking.

Slopes are used to assist shots. On the return rounds, golfers will realize that the exploitation of these strong slopes is controlled by which angles of attack, and that one miscalculated angle can result in havoc.

When designing Stone Valley Golf Resort, Curley intentionally created his work this way because he felt that players would want to “undergo the dramatic views and landscape” and hit “shots that demand aggressive play sometimes.”

Further projects at Stone Valley Golf Resort are now still in planning. In which the developments of resort and villa sections are anticipated to begin in the near future.